Both countries’ plans and public policies to promote equality between men and women were addressed in a WWP virtual seminar. Big challenges remain 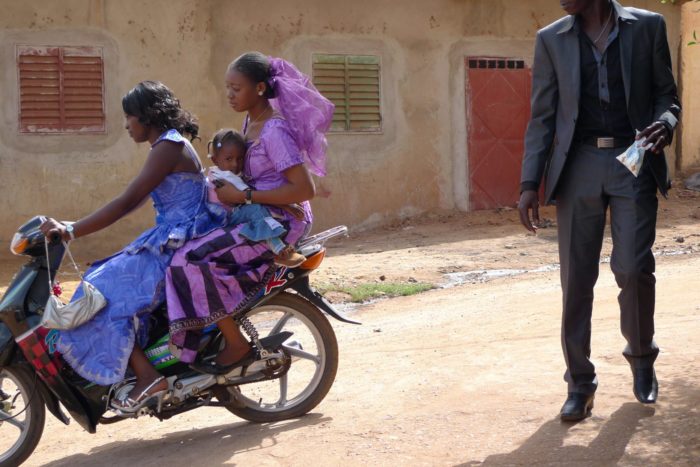 Women on the streets of Bamako, Mali: the country is a signatory to the main regional international instruments concerning women and children. Photo: Geraldine/Flickr/CC

Brasilia, July 3, 2017 – Despite the existence of a legal framework and national plans to ensure equality between men and women, Brazil and Mali continue to face challenges to the effective implementation of gender-sensitive policies. These shared issues were addressed in the webinar “How to promote gender-responsive policies – The Examples of Brazil and Mali“, organized on June 29 by the Brazil Learning Initiative for a World without Poverty (WWP) and the socialprotection.org platform.

View the presentation in PDF (in French)

Ana Julieta Teodoro Cleaver, Expert in Public Policies and Governmental Management of Brazil´s Ministry of Planning, Development and Management, referred to Brazil´s institutional framework as being “highly complex, very interesting in theory, but much more difficult to effectively put into practice”.

In her webinar presentation, Ana Julieta (with professional gender-related experience at both federal and state level) said that Brazil´s framework largely emerged after the creation of the ministerial-status Secretariat of State for Policies for Women in 2003 and the development of subnational public bodies focused on gender policies.

She went on to say that, in addition to the National Plan of Policies for Women, Brazil has experienced significant progress in terms of relevant legislation, such as the introduction of the Maria da Penha Law in 2006 which provided a legal definition of the issue of violence against women and heralded an increase in punishment of those involved in domestic violence against women, and the federal law making political parties responsible for proposing minimum percentages of women as electoral candidates.

Highlighting data on higher unemployment and job insecurity for Brazilian women, Ana Julieta added that “There is still a lot to be done to achieve effective equality”. Indeed,  major challenges remained to ensure cross-sectoral and cross-cutting deployment of gender questions in Brazil´s public policy agenda.

As for Mali, Tounkara Sophie Soucko, Permanent Secretary of the National Gender Policy (PNG) in the Ministry for Promotion of Women, Children and Family, said that the key gender-sensitive strategies wereframed in the PNG. Launched in 2014, this policy provides for equality between men and women to be institutionalized in the country’s national, sectoral and local planning systems, and to be taken into account in Malian policy-making, institutions and reforms. Mali is a signatory to the main regional international instruments concerning women and children.

Sophie Soucko went on to say that despite recent progress, Mali still needs to work towards universal health coverage in order to provide protection for rural women, women workers in the informal jobs sector and women heads of household, all of whom are currently excluded from the social protection system which caters for only 10% of Malian citizens.

The presentations were followed by questions from the audience on:

– Access to agricultural land and inputs, and programs to support for family farmers

– Cultural considerations regarding cash transfer programs, e.g. increased conflict and domestic violence within households where women are the priority beneficiaries of such programs

– Is there any provision in Brazil and Mali for children´s day care services which can lead to improving women’s employability, or any other measures taken for empowering women from the economic standpoint?

The answers are available on the webinar recording, at the bottom of this page.

This virtual seminar “How to promote gender-responsive policies – The Examples of Brazil and Mali” was the first of the series Dialogue between countries on social protection. This bimonthly series will address the implementation of social policies and programs around the world in different areas. The next webinar (on ‘early chilhood’) is scheduled for August 24.

Sign up for the WWP Newsletter or become a member of our online community at socialprotection.org  for advance information  about upcoming seminars.

Watch the webinar recording (in French):